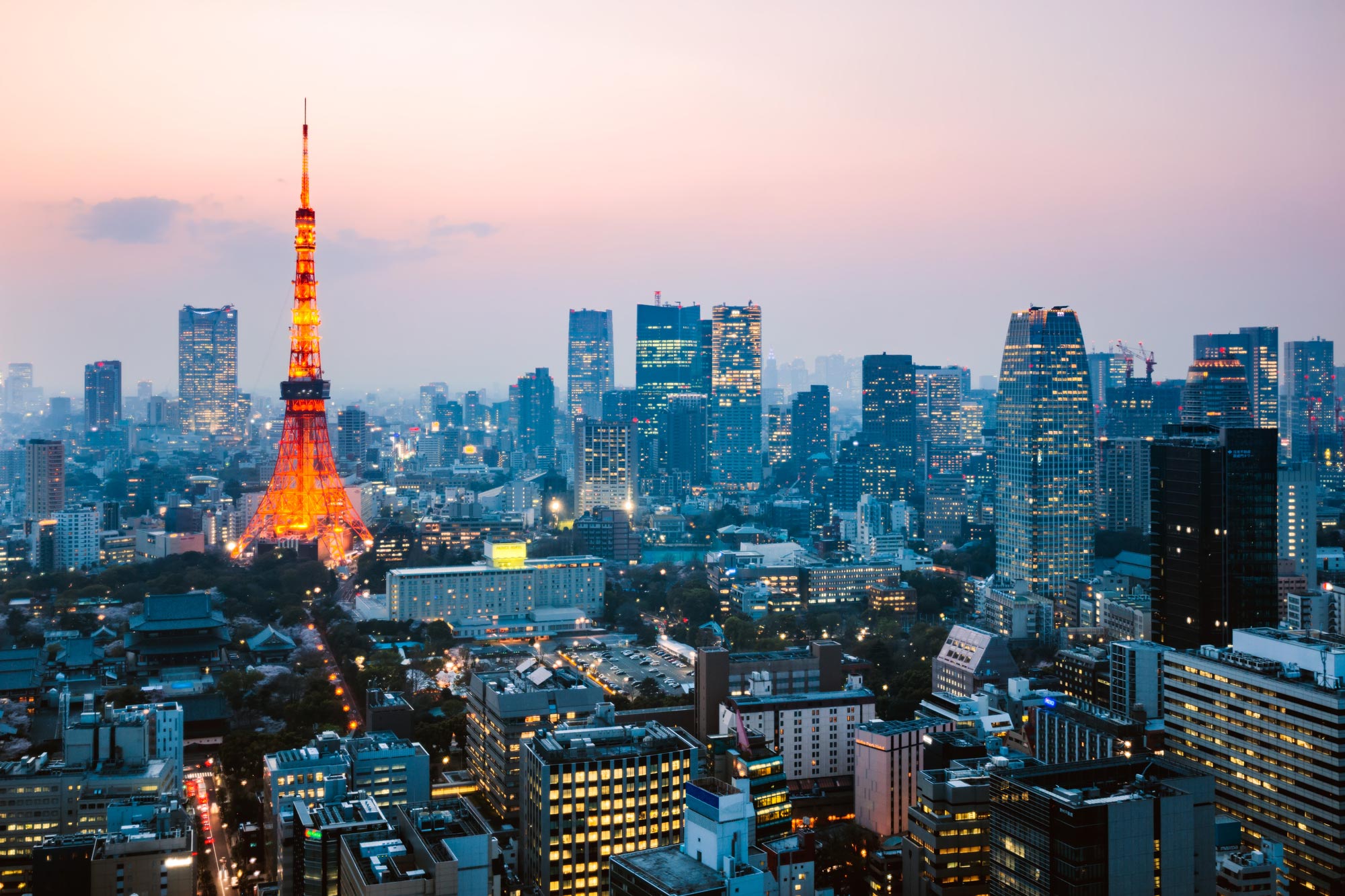 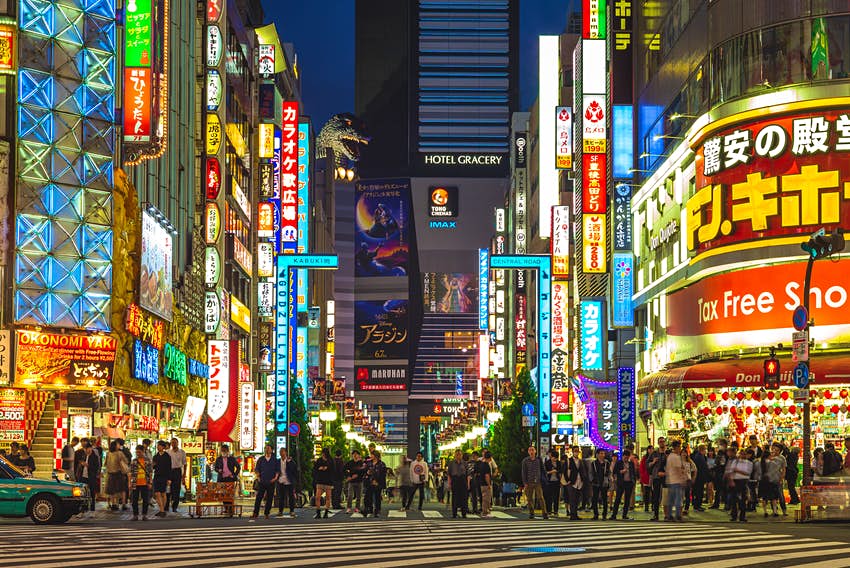 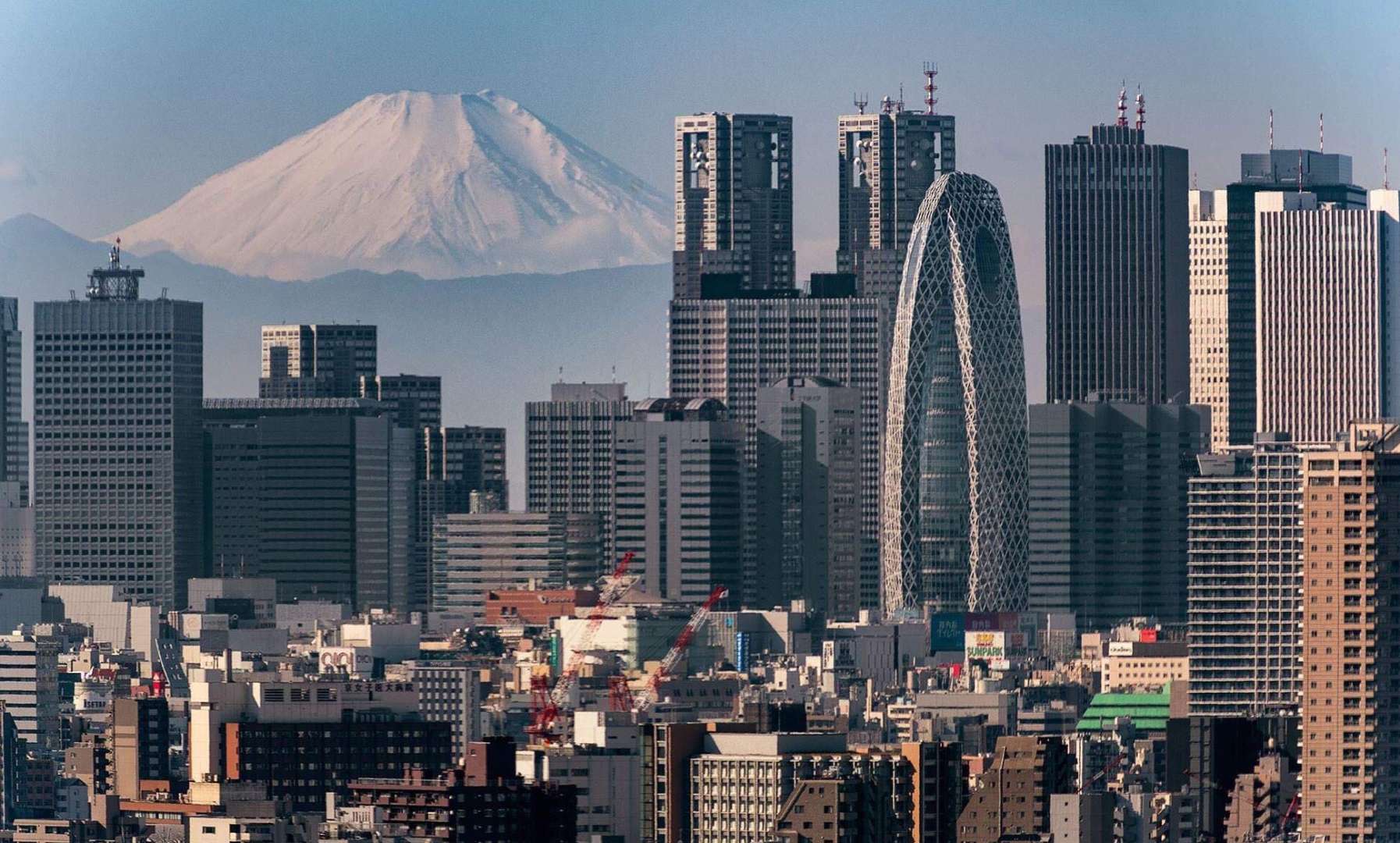 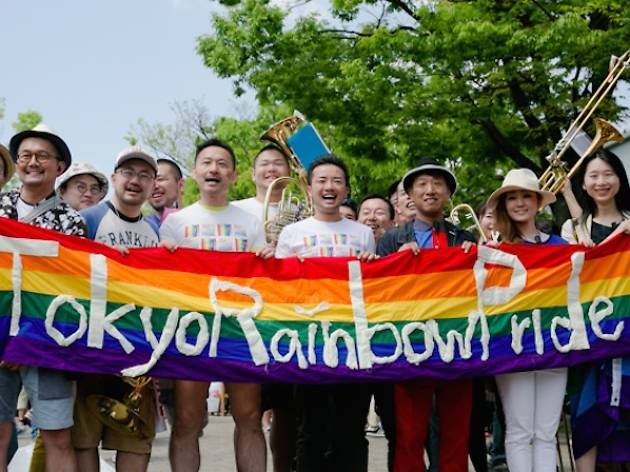 Tokyo, officially the Tokyo Metropolis is the capital and largest city of Japan.

Tokyo is Japan's economic centre and home to both the Japanese government & Emperor of Japan.

Tokyo, originally was a fishing village named Edo that by the mid-18th century became one of the most populous cities in the world with a population of over one million people.

Tokyo was devastated in 1923 by an earthquake, and again by Allied bombing raids during World War II. Beginning in the 1950s, the city underwent rapid reconstruction and expansion efforts. Tokyo has the largest metropolitan economy in the world.

Tokyo was one of the first areas in Japan to offer strengthened LGBTQ rights. The Shibuya and Setagaya wards in Tokyo started recognizing same-sex partnerships in 2015. These hyper-local municipalities led the way for Japan. Since then, a slew of other cities joined the effort to increase LGBT rights.

The Japanese are very respectful people. Gay travellers should specifically note that locals may not be as forward with their sexuality.

Subways and trains are the best way to get around Tokyo.  A prepaid Suica or Pasmo card is the best way to pay for transport. You can buy a Suica card online for pickup at the airport.

The cheapest travel option to get from Narita Airport is via Keikyu Railway train which takes just 13 minutes to reach Shinagawa Station in downtown Tokyo.

Shinjuku is the best area for first time tourists. This central location offers great nightlife, shopping, and easy access to other parts of the city with public transport. It is better to stay in Shinjuku than in Shibuya if you prefer a more vibrant late night area of city.

Enjoy Nature and Art at the Meiji Shrine dedicated to Emperor Meiji and his wife, Empress Shōken, construction of the splendid Meiji Shrine (Meiji Jingū) began in 1915 and was completed in 1926. Although the original structure was destroyed during WWII, it was rebuilt in 1958 and remains one of Tokyo's most important religious sites. Surrounded by a 175-acre evergreen forest that is home to some 120,000 trees representing species found across Japan.

Enjoy Nature at Ueno Park and Ueno Zoo which is a paradise-like oasis of green in the heart of busy Tokyo, Ueno Park (Ueno Kōen) is the city's largest green space and one of its most popular tourist attractions. In addition to its lovely grounds, the park also boasts numerous temples and museums to explore.

Visit the Sensō-ji Temple in the Asakusa district of Tokyo, the exquisite Sensō-ji Temple (Kinryū-zan Sensō-ji)) which is city's most famous shrine at the end of a long street market hosting vendors selling masks, carvings, combs made of ebony and wood, toys, kimonos, fabrics, and precious paper goods. Dedicated to Kannon, the Buddhist goddess of compassion, the temple was established in AD 645 and retains its original appearance despite having been rebuilt numerous times.

Shop 'Til you Drop’ in the Ginza District. Ginza is Tokyo's busiest shopping area and iconic. Lined by exclusive shops and imposing palatial stores, the Ginza district is also fun to simply wander around or relax buy sitting at one of its many tea and coffee shops or restaurants while watching the world rush past.

The gay bars in Tokyo are undoubtedly the best in Japan. Most of the gay bars are concentrated together in the city’s gay district. They’re a ton of fun and you’ll likely meet both locals and ex-pats.

Shinjuku's Ni-Chōme is considered the neighbourhood for gays bars of Tokyo.

Dragon Men is Tokyo’s biggest gay bar which could be considered a club due to size. Popular with tourists compared to some of the other small bars. The bar is open until during the day until 3 am during the week and 6 am at weekends. The ambience of the club it to drink a few cocktails and hit the dance floor. The staff are scantily dress and cute to add to the bar’s atmosphere.

There are 2 Eagle bars in Tokyo both within a few minutes of each other. The Eagle Tokyo is the original Eagle Bar and Eagle Blue, the newer Eagle bar.

Arty Farty is a popular with the after-work crowd or people coming for pre-drinks before heading to the sister club Annex next door. A nice atmosphere with a fun crowd which is an even mix of foreigners and locals. There's a dance floor and the place get very crowded at the weekend.

Campy! is a colourful and welcoming bar, run by celebrity cross-dresser called “Bourbonne”. The staff all wear drag to add to the fun atmosphere. The staff perform s really funny shows taking place throughout the evening. It's a great spot to start your night, have a few drinks and laughs before exploring the remainder of Tokyo's gay scene. Campy! is open every day till midnight.

Usagi Bar is a tiny gay bar which from the outside it appears to be an apartment but once you open the door you are entering a warm friendly bar popular for karaoke! The barman and super charismatic owner Mr. Take-San whose kick name is Mama-San. It can be packed with a very local crowd whom all know each other. Open daily until around midnight.

New Sazae is an institution on the Tokyo gay scene and hosts one of the best for drag shows. It's one of the oldest gay clubs that has been open since 1966 when it opened as a “gay disco” bar. New Sazae is only open on Friday and Saturday nights from 10pm until 7am the next morning.

The Annex is one of the most popular gay clubs of Tokyo, owned by the same guys behind Arty Farty. It attracts a young crowd in their 20s and 30s. The organize Circuit after-parties at the weekends from go on 11am the next day. The Annex is typically open from 8pm 'til 4am.

AiiRO café bar is a popular gay bar for drinks any day of the week that's open till late. Identified by the large “Torri” (Japanese Shrine) outside. They have drag queens and Gogo boy performers on the weekends. AiiRO is open every day until 2am and on weekends until 5am.

AiSOTOPE Lounge is the biggest gay club in Ni-Chōme, spread out over two floors with two different dance areas and a dark room. It's run by the same people behind AiRRO Cafe Bar, and host lots of dance parties including events that are either men-only or women-only.

Tokyo is a paradise for foodies with lots to keep your tummy Asian varieties of health food.

Izakayas are gastro pubs which are typically popular with corporate guys in suit that go after work to drink sake or highball which is a Whisky and soda water drink. There restaurants serve small plate of different food similar to the Asian restaurant in Europe or USA with small plates on conveyor belts.

Ramen is popular as Japanese love noodles and broth. There a numerous Ramen based which sell multiple variations of the delicious meat or vegetable-based broth with noodles plates. These Raman bars tend to be some of the cheapest places to eat out.

Kaiseki is Japanese fine dining restaurants where small plates of food are prepared focus on the design of the plate of food and ingredients. If you want to experience this type of cuisine you should make a reservation in advance.

Saunas in Japan are called Onsens, which are the traditional where men and women are separated and nudity is sort of obligatory. Aside from the traditional onsen, there are also a few gay onsens which operated using the 24 Kaikan brand.

24 Kaikan Ueno is another of Kaikan brand of gay onsen in the Ueno neighbourhood that is smaller than the larger Shinjuku location. Similar facilities of a dry sauna, mist room, steam room, communal baths, solarium, video room, private cabins and a common play area. This branch tends to attract more middle-aged men/bears and admirers.

Ginza is Tokyo's premier upmarket shopping district with nearly every leading Japanese and international fashion brand has a presence here, as well as major electronics brands such as Sony and Apple. The shopping extends into the nearby Yurakucho area with more department stores, boutiques and electronic retailers.

Tokyo Rainbow Pride celebrates Tokyo’s LGBT community. No matter your gender or sexual orientation, anyone can enjoy the parades and events held across three days. These include performances and booths in Yoyogi Park for LGBTQ-friendly businesses as well as the annual parade.

The parade follows an approximately 3km route around the Harajuku/Shibuya area featuring participants marching and riding on floats while dressed in outfits as diverse as the community itself.