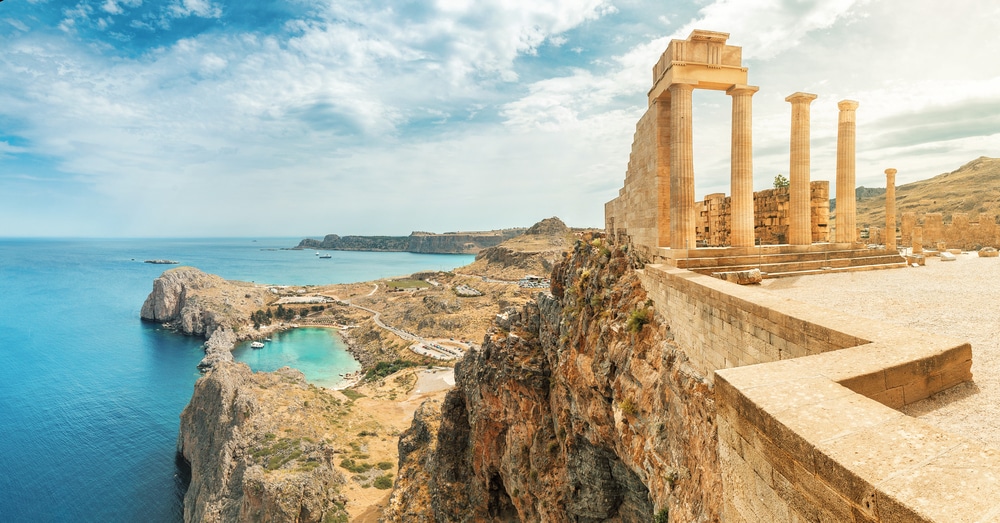 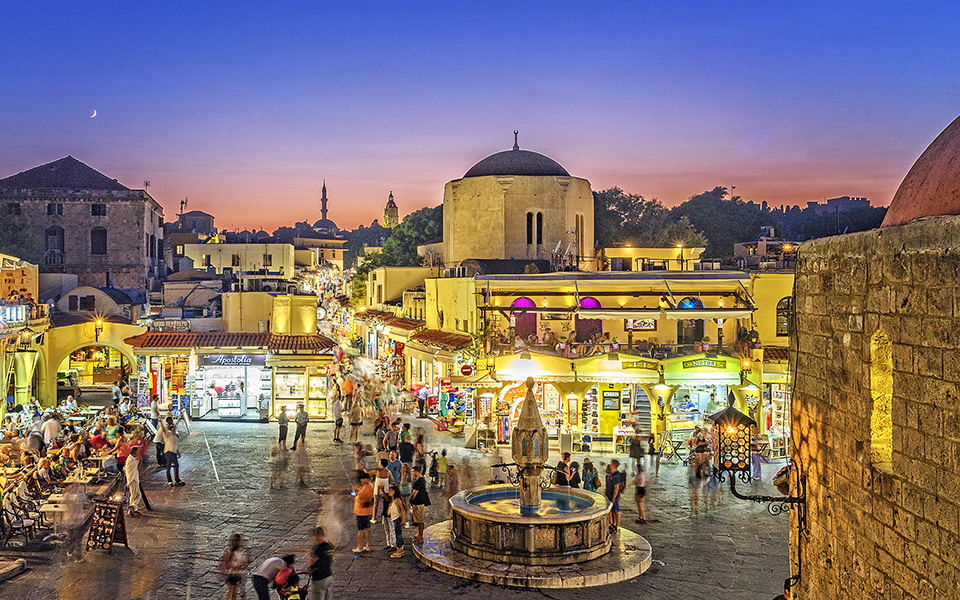 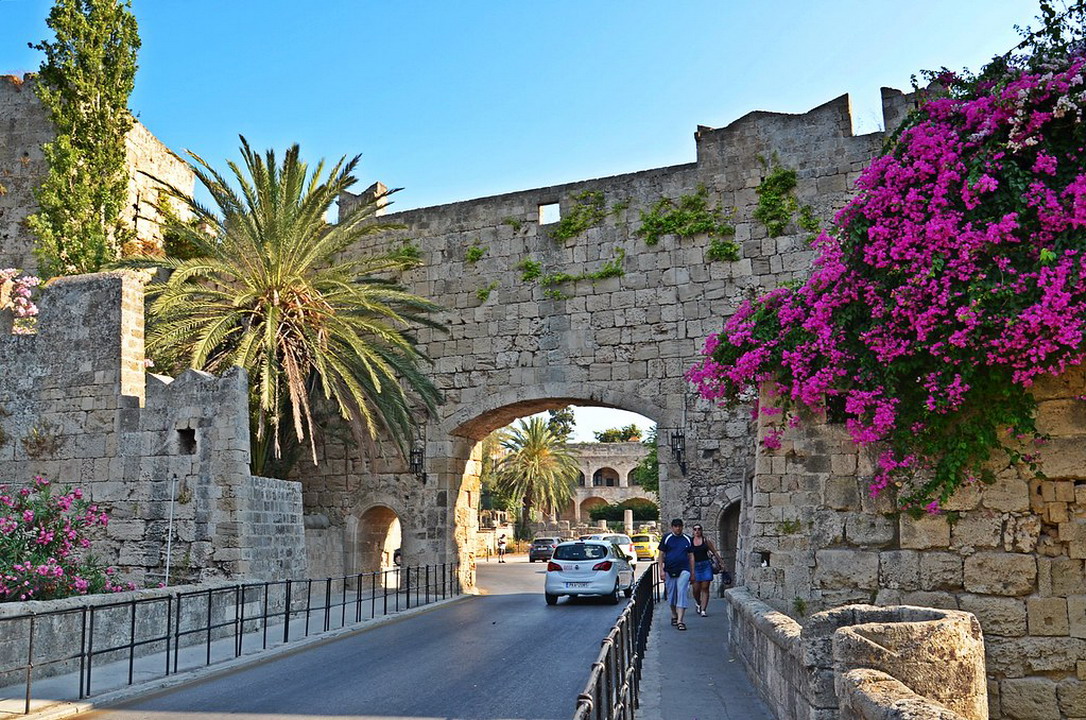 Rhodes is one of Greece’s most popular island holiday destinations.

Rhodes is the largest of Greece’s Dodecanese islands, known for its beach resorts, ancient ruins and remnants from the Crusade occupations.

The name of the island comes from the ancient Greek Rhódon (rose), and is therefore sometimes referred to as the island of roses.

Rhodes is famous for the Colossus of Rhodes, one of the Seven Wonders of the Ancient World. The Medieval Old Town of the City of Rhodes has been declared a World Heritage Site.

The Old Town featuring the medieval Street of the Knights and the castle like Palace of the Grand Masters. The city was captured by the Turk (Ottomans) and then held by the Italians.

Rhodes main airport is Diagoras Airport, southwest of Rhodes City and the fourth busiest in Greece. This airport serves international flights from European cities and some local flights from other Greek cities and islands.

Buses connect the airport and Rhodes town several times a day. The bus stop is located approximately 300 metres to the left outside of terminal 1 and take around 40 minutes.

A taxi rank is directly outside of the terminal so check the fare with driver in advance.

Rhodes has five ports, three of them in Rhodes City, one in the west coast near Kamiros and one in east coast near Lardos. The Central Port located in the city of Rhodes serves exclusively international traffic consisting of scheduled services to/from Turkey, cruise ships and yachts.

The central port to Rhodes city is around 2.5km so a taxi is quickest and cheapest option.

Rhodes is a big island so not possible to explore on foot. Bus services are available to many of the key destinations. Modern local buses regularly depart from the City of Rhodes to nearby destinations, and other local buses run throughout the day to the various towns and villages.

Hiring a moped is another option but the islands traffic is quite busy so only recommend for experience moped driver.

Rhodes City sits at the northern tip of the island and almost half the population live in the area, with 6,000 living within the walls of Rhodes Old-Town. This is therefore the most popular destination for majority of the visitors to Island unless you are looking for a beach resort.

Lindos is blessed with three beaches, Lindos main beach, Pallas beach, just south of the main beach and, around the back of the acropolis hill, the beach at beautiful St Pauls Bay.

As dusk falls, night-time restaurants, bars, and clubs open up. Rhodes is famous for its intense nightlife in some resorts. A very nice place to spend a night out is Rhodes Town. There are many bars in the streets of the old town, but the most central nightlife spot in Rhodes Town is Hippocrates Square, surrounded by many bars and cafeterias.

Faliraki is a major holiday resort on the East coast of the island and known for buzzing party atmosphere highly popular with the 18-30 crowd who visit for the nightlife.

A city with seven gates into the old-town you will find numerous narrow, pedestrian-only streets to be explored and many without street names.

Full of Old Gothic and Byzantine churches and mosques as well as medieval buildings, Greek and Turkish fountains all from the historic pass when city was ruled by Turks.

Lot of relaxed cafes and restaurant to relax for refreshments and meals serving local food and drink as well as international cuisine.

The beach Faliraki is also known for its LGBTQ presence with the entire island open minded to the gay community.