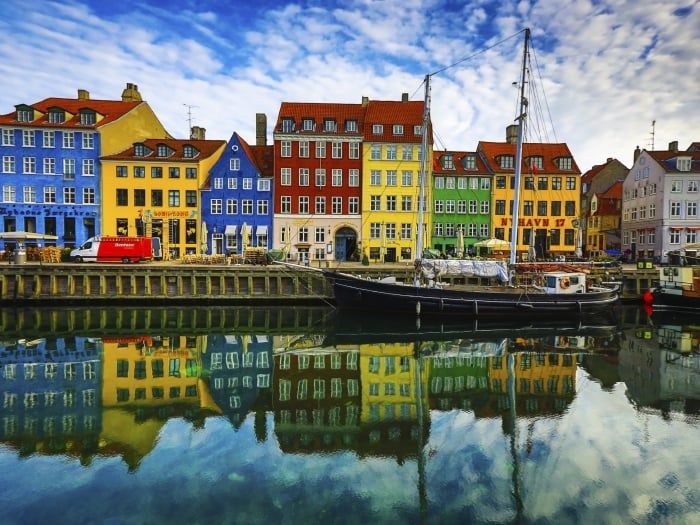 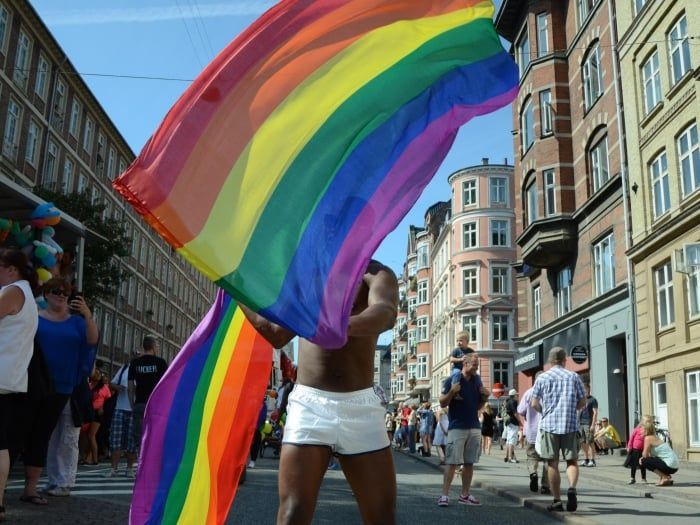 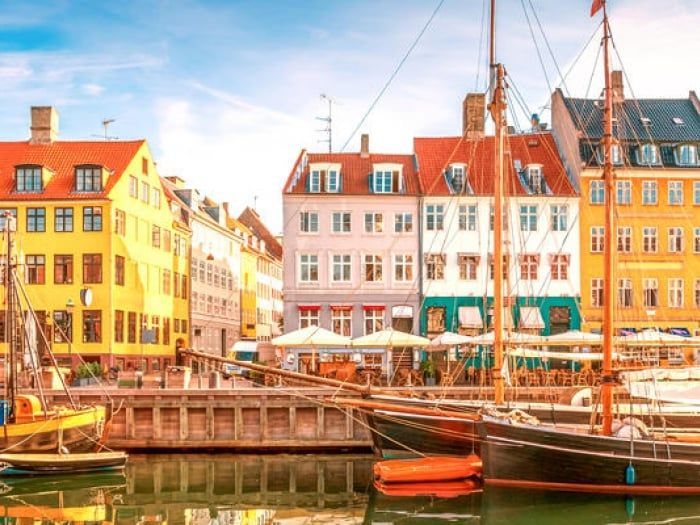 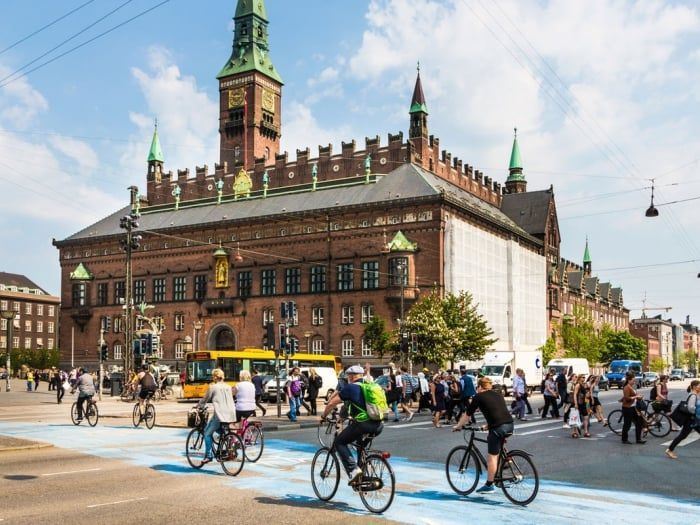 Copenhagen an open minded gay friendly destination in Northern Europe. Due to host EuroPride in 2021.

Denmark’s most famous export product is Carlsberg beer which is made in Copenhagen.

Copenhagen was the first capital city of any country in the world to introduce registered same sex partnerships in 1989. Copenhagen is therefore considered a very gay friendly city and the Danes are general very open minded and relaxed people.

The cities most famous fairy-tale author Hans Christian Andersen whom many consider was gay. His statue is next to the City Hall on the boulevard with his name,

Copenhagen is a small compact city and generally if you are staying in the centre of the city then you can walk almost everywhere.

Copenhagen Airport is called Kastrup and the busiest airport in the Nordic countries.

In Copenhagen it only takes less than 15 minutes to go from Copenhagen Airport to the city centre by train or metro. Both metro and train run from terminal 3. You will need a ticket for three zones. If you want to go to central stations like Kongens Nytorv or Nørreport, you should get on the metro. If you want to go to Copenhagen Central Station then the train is your best option.

There is the option to take the Bus 5A which will take you directly to Copenhagen Central Station, City Hall Square, Nørreport and other stations. It takes approximately 30-35 minutes from the airport to the Central Station.

Taxis are available but very expensive compared to the public transport and take approximately the same amount of time.

Copenhagen as an open-minded city has a number of very gay friendly places to stay. It is a city that has many conventions and corporate events so it is always wise to book your accommodation in advance to guarantee availability and choice.

All accommodation bookable on our site is gay friendly and you can be assured of a warm welcome. As the city is relatively compact and most places can be reached within a short walk.

Tivoli Gardens is an amusement park in the centre of the city just a few minutes’ walk from City Hall. Visited by all ages.

In the bars people normally do not tip the bartender.  Instead of tipping, the custom is to buy a round of shots and offer one to the bartender.

As the Danes are very open minded many of the popular bars and clubs are considered gay friendly or mixed. The gay nightlife area of the city is considered to be Studiestræde but the other places are within a short walk of this street. Amigo Bar was a predominantly gay-oriented bar but is now more mixed.

Centralhjørnet is the oldest LGBT bar in Denmark. It is a small pub like cosy bar serving cheap beers.

Kiss Kiss Bar & Cafe serve a large selection of beers, cocktails, champagne, soft drinks and snacks. Open from the afternoon to might night during the week but until 7 am on Friday and Saturday night.

Masken Bar is one of the oldest gay bars in the city open seven days a week. It is a two-storey building with a relaxed and friendly atmosphere with all ages.

Men's Bar is a gay bar popular with men wearing jeans and leather outfits but all dress codes are welcome. Popular as there happy hour is from 3 pm to 9pm.

Nevermind is a bar where you can party every day all year round. The party goes on into the early morning and rarely closes before 6 am.

Jailhouse CPH is a gay bar and restaurant with a prison theme with prison bars, handcuffs and cells as part of the interior. The drinks are served by bartenders in police uniforms. Every day from 3pm to 9pm is happy hour.

Monastic is a cave-like bar and hangout with two dance clubs, a bear cave and a lesbian pool bar.

Danish cuisine is excellent and all restaurants are non-smoking. The variety of cafes and restaurants is good so we advise you to select where to dine based on the presentation of the food you see other customers eating.

Amigo Sauna is the only exclusively gay sauna in town close to the main gay bars. Three floors of sauna, steam room, cabins and labyrinths to choose from. Amigo is not in the same league as many other European saunas.  Address Studiestræde 31A

Copenhagen's largest shopping area is Stroget in the heart of the city. Stroget is one of Europe's longest pedestrian streets with a wealth of shops.

Copenhagen Pride is a gay pride festival taking place every year in August. The Pride has a series of different activities all over Copenhagen.