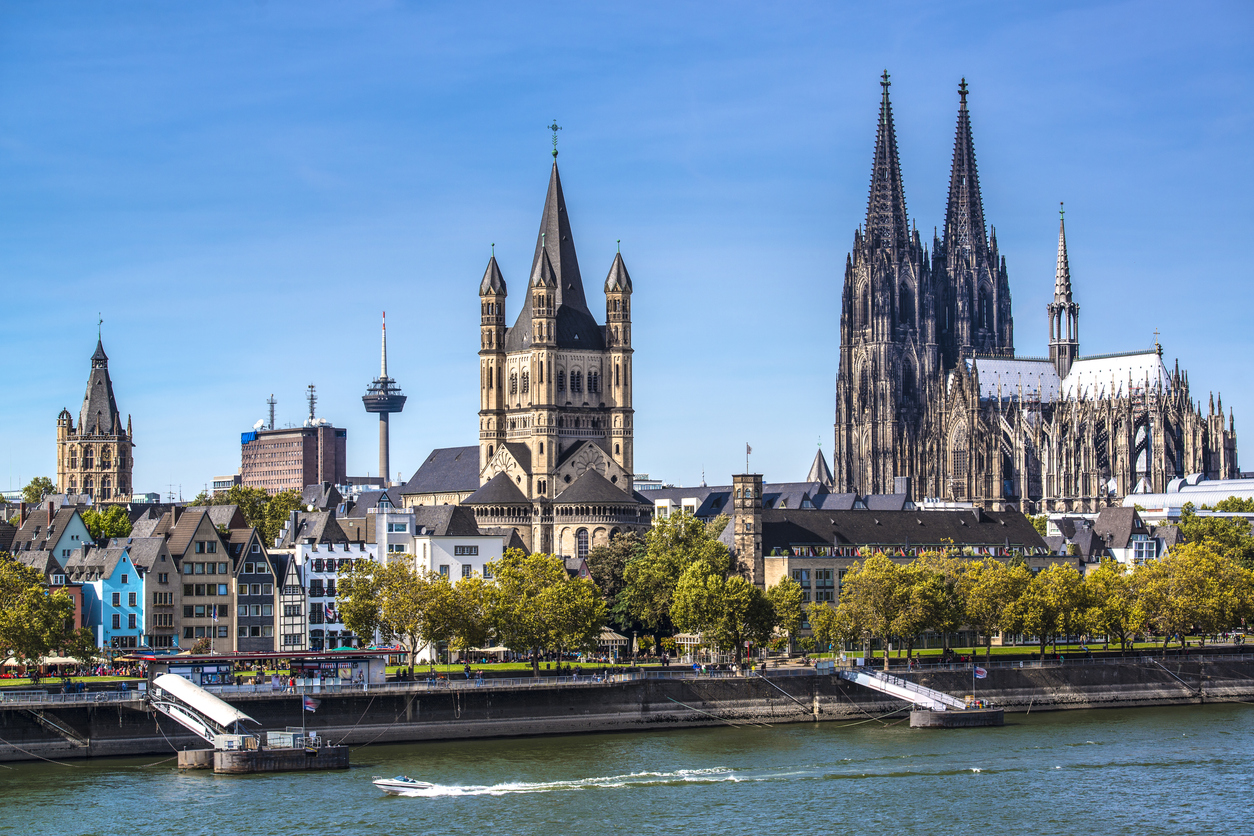 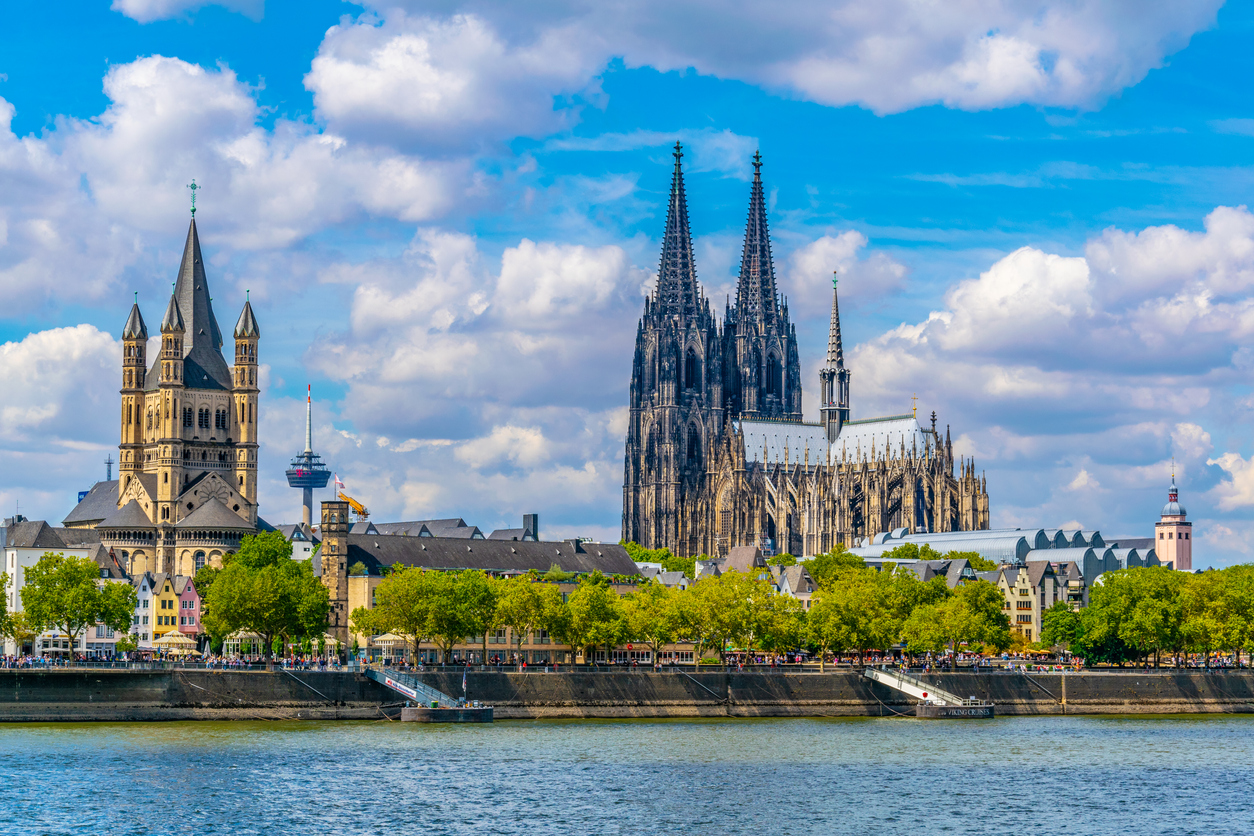 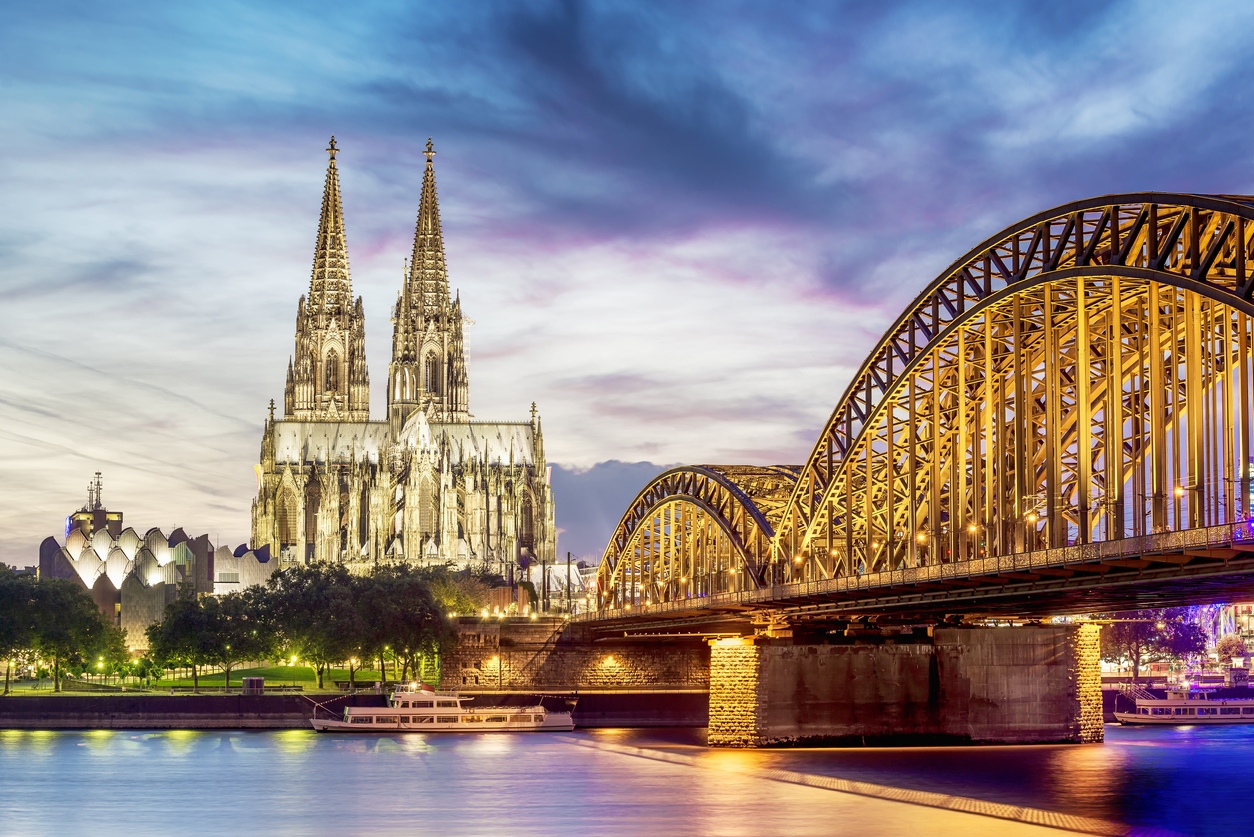 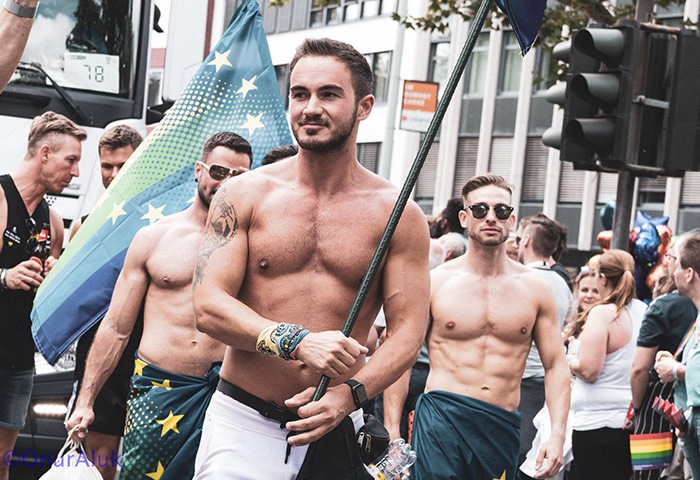 Cologne famous due to the Cathedral (Kölner Dom) and CSD event the 2nd biggest in Germany after Berlin.

Cologne situated next to the Rhine River and the 4th largest city in Germany. In the south of the country the ambience of the city has a Southern European lifestyle and many comment the people are more easy-going and approachable than in other German cities. Cologne is about 35 km southeast of Dusseldorf and 25 km northwest of Bonn.

The city's medieval Catholic Cathedral is the tallest cathedral in the world, constructed to house the Shrine of the Three Kings and a globally recognized landmark. The cityscape is further shaped by the Twelve Romanesque churches of Cologne as well as famous for Eau de Cologne. Many people thin the Eau de Cologne French term but originate in the city where it has been produced since 1709, and "cologne" has now become a generic term.

Cologne was extensively destroyed during World War II and large parts of the city re-built with a mixture of modern and the older architecture which survive the bombing.

This city is home to Germany’s second largest gay population, after Berlin, which is noticeable around the city and estimated to be possibly be close to 15% of the residents whom describe themselves as LGBTQI.

This LGBTQI population give the city a vibrant, sexy, diverse and friendly gay scene. The city in addition due to the diverse LGBTQI community has an open-minded feel which is a cool vibe to experience so you can be as queer as you want and nobody will generally take any notice.

Cologne has an efficient tram service to get around for travelling longer distance if you do not want to walk or have time. Taxis are plentiful waiting the many taxi ranks in city centre where they wait for passengers or can be called as tend to not drive round looking for passenger like in many other cities.

Cologne's international airport is Cologne/Bonn Airport (CGN). It is also called Konrad Adenauer Airport after Germany's first post-war Chancellor Konrad Adenauer, who was born in the city and was mayor of Cologne from 1917 until 1933. The airport is shared with the neighbouring city of Bonn.

In addition you can also Dusseldorf airport which is on a direct train line about 35 minutes away from Cologne city centre.

Book your hotel near Rudolfplatz or Alt Stadt, the old part of the city. Cologne is a relatively small city with excellent tram service which runs late if you are out partying.

Visit Cologne Cathedral located near the left bank of the Rhine and next to central train station. It is the city's towering landmark and officially called the Cathedral of St. Peter and St. Mary (Hohe Domkirche Sankt Petrus). This stunning masterpiece of High Gothic architecture is also a UNESCO World Heritage Site.

Explore historic Old Town (Altstadt) which has historic churches and museums. In addition you will alleys lined with traditional old houses which are not home to boutique shops, galleries, cafés, and restaurants.

A Rhine River cruise, is another way to get unparalleled views of the most important Cologne landmarks, the picturesque buildings of the Old Town, and the Hohenzollern Bridge.

The city is also a popular place to visit for shopping, especially along the pedestrian-friendly streets such as Hohe Straße and Schildergasse and in the gay triangle area offering lots of stores focused or staffed by LGBTQ community.

The LGBTQ visitor to Cologne can enjoy a good choice of gay bars, clubs and dance parties.

Cologne is home to two gay areas but given the relatively compact nature of these city they are in easy walking distance.

The first are around Heumarkt\Mathiasstrasse in the Old Town (Altstadt), is the city’s original gayborhood. It has a more of a leather, bear and older guys vibe, with a good handful of low-key, friendly bars filled popular with locals and foreign visitors. In addition, several of the cities cruise clubs are located in this area.

The second part of gay Cologne is in west of the city and around Rudolfpltaz\Schaafenstrasse. Many consider this where the city’s trendier, younger gay crowd congregates. There’s a bunch of gay bars in this area if you are in the mood for bar hopping

Cologne has a great choice of cafes and restaurants. Many having a mixed international menu with some carefully constructed fusion dishes and then the regular cuisine specific restaurants. Many of the German bars serving the excellent German beer serve food and are great place to try German dishes. There are plenty of places to eat and you are poilt for choice so will not go hungry.

In addition to the many restaurants Cologne has the second largest population of citizens of Turkish origin after Berlin. There is a Little Istanbul area called Keupstraße that has many Turkish restaurants.

Cologne has 3 different gay saunas which has different atmospheres and attract different clientele.

Babylon Sauna is one of the nicest European gay saunas with a nice outdoor terrace with pool & sun loungers popular for sun bathing in the summer. Around the pool there are showers, the sauna and the cabins. In the basement, a large jacuzzi, steam room, hammam, maze and a cruising area. The clientele is mixed but typically in age range 25-45.

Phoenix Sauna is a popular large 1,100 square meter sauna with wellness and relaxation theme.  The wellness area has got a Finnish hot\dry sauna with steam bath. The sauna is a cruising space, large steam labyrinth and chill-out lounge terrace used in summer. The crowd is both local and international and popular with younger guys.

Vulcanus Sauna tends to be popular with older guys and their admirers.

Cologne city centre has a large choice of large department store and boutiques. In addition, in the gay triangle area of the city there are several shop specifically for LGBTQ community.

Cologne is also famous for the annual CSD which one of the biggest gay prides in Europe. The CSD celebration attracts German from other cities as well as those from neighbouring countries of Belgium and Netherlands due to friendly nature of the event as city can be reach by Thalys train in a couple of hours. There is the parade with many floats followed by a big party at all the bars and restaurants with terraces in the Neumarkt\Alt Stadt area of the city.

In addition, there is the traditional Carnaval that attracts a lot of gay guys whom love this vibe to dress up. The Cologne carnival is one of the largest street festivals in Europe and attracts visitor from neighbouring countries by Belgium and Netherlands. During carnival in the Neumarkt area all bars and pubs in the city are crowded with people in costumes dancing and drinking in the streets. Hundreds of thousands of visitor’s visit Cologne for carnival with around a million people celebrating on the streets.