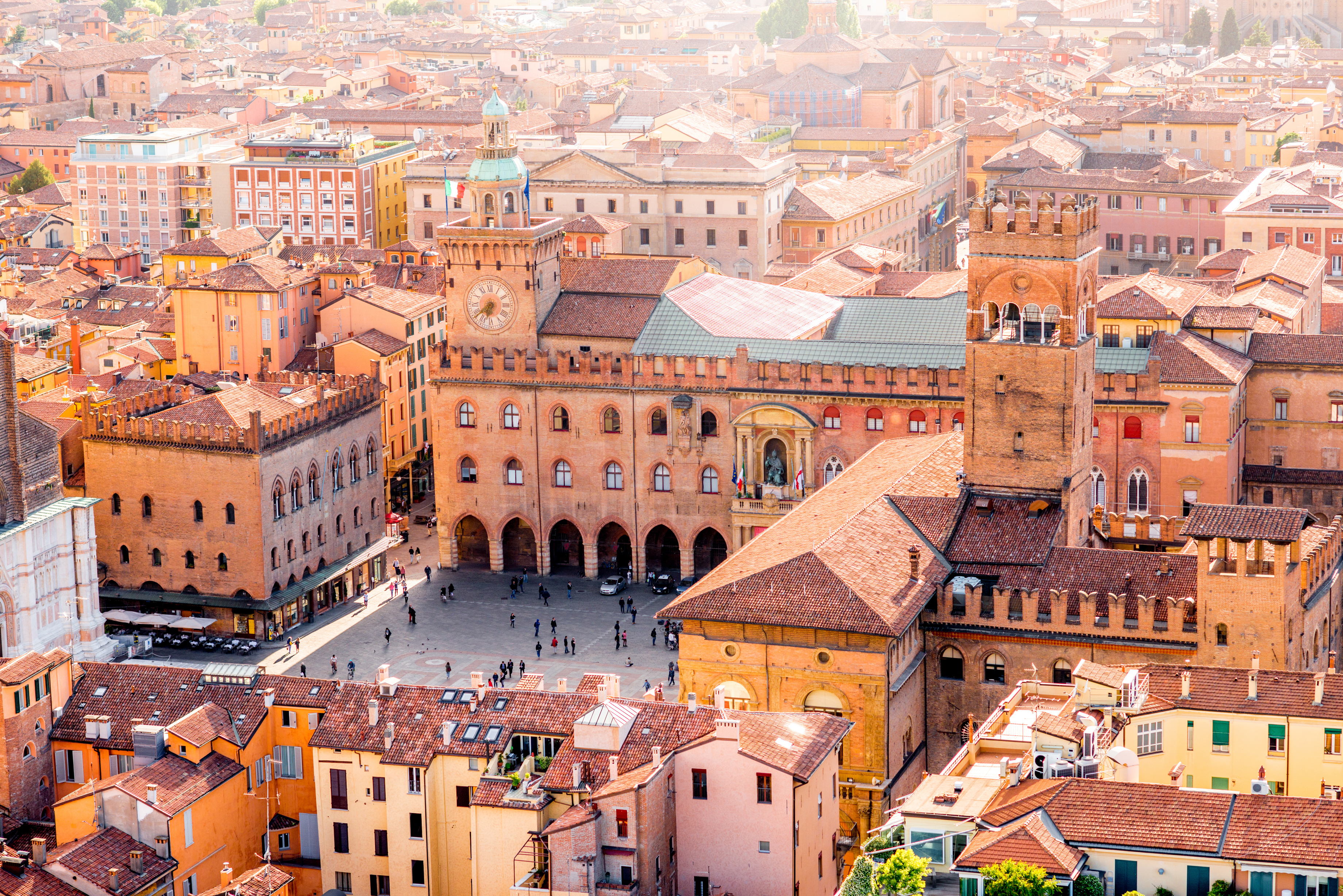 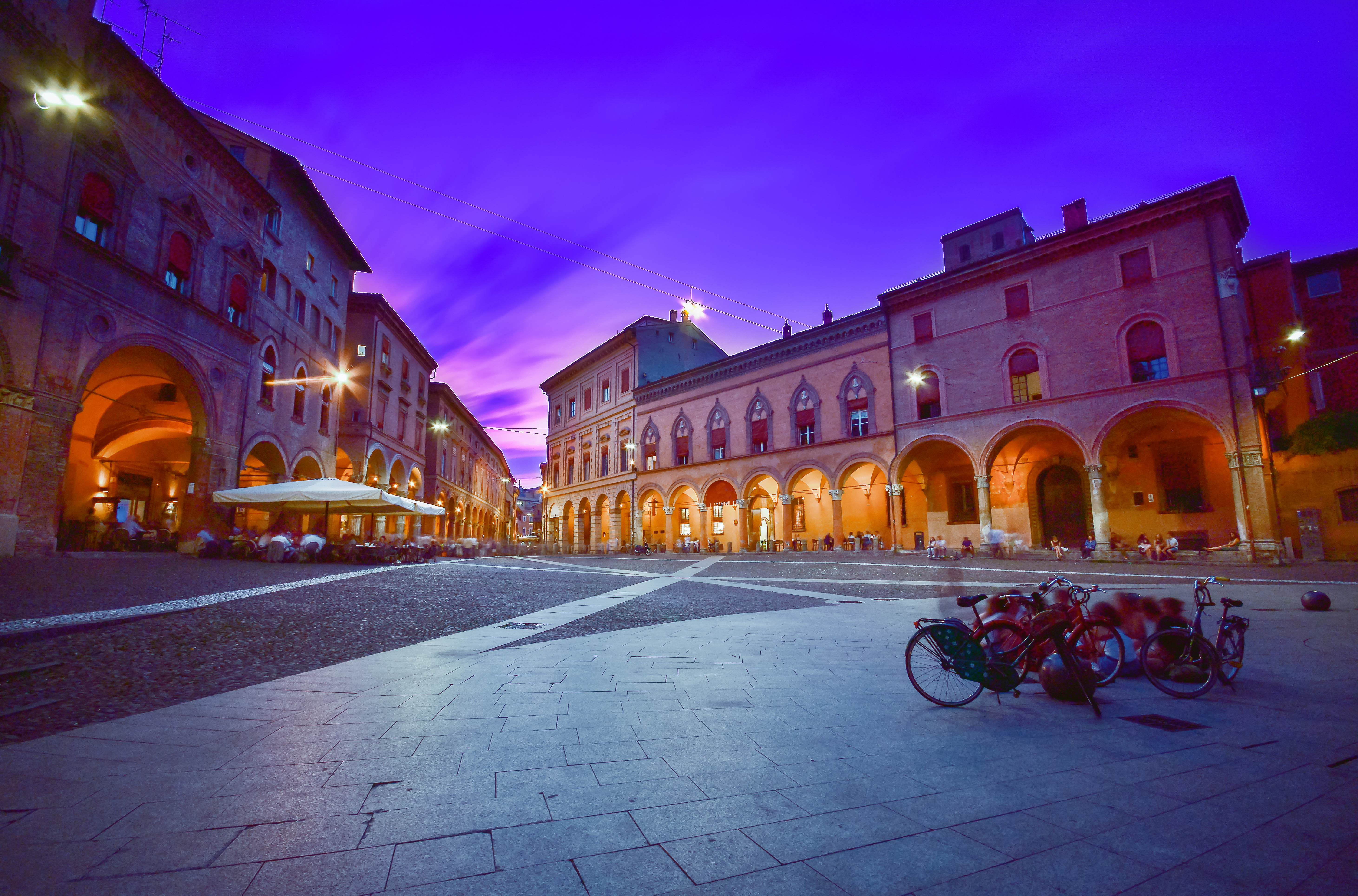 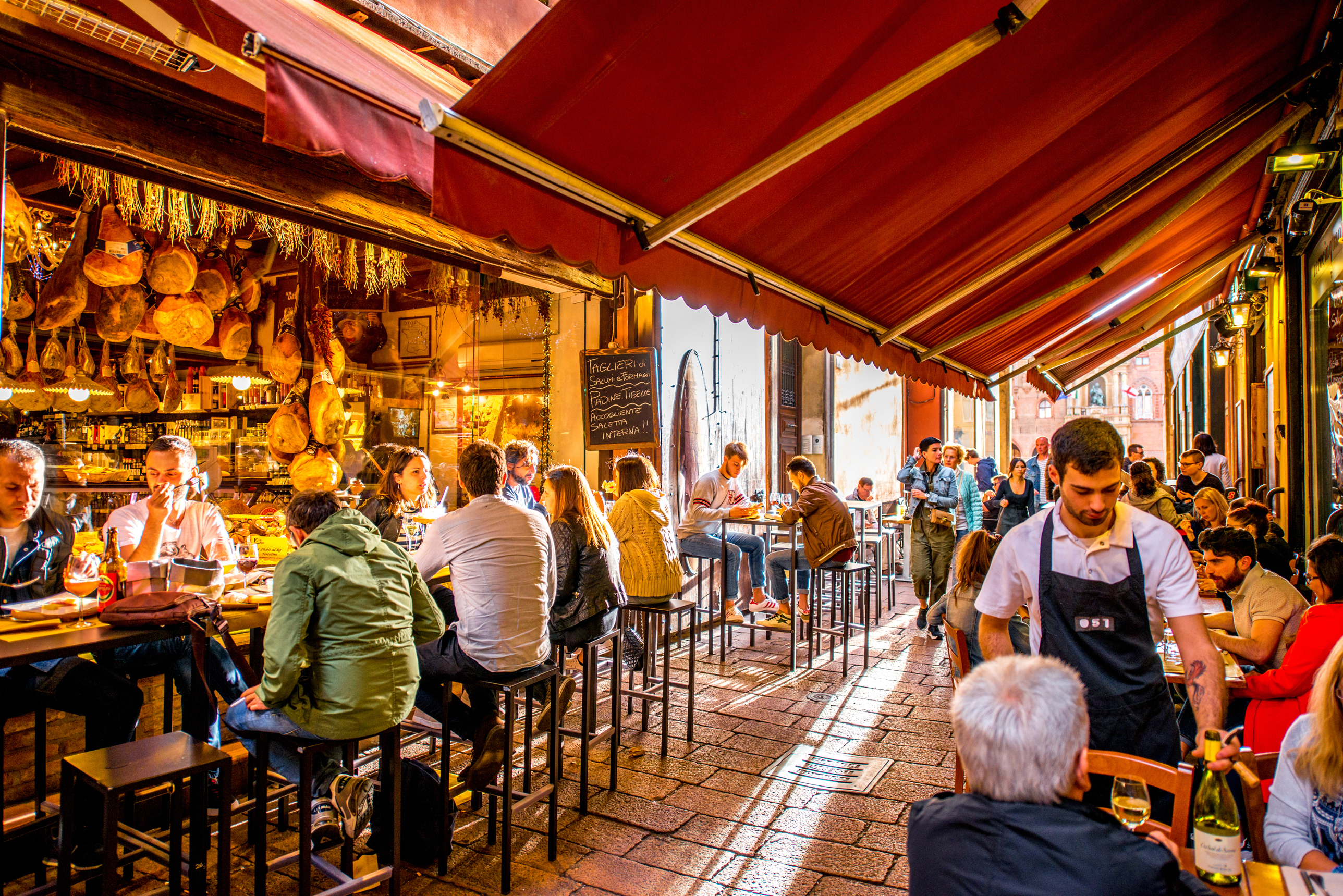 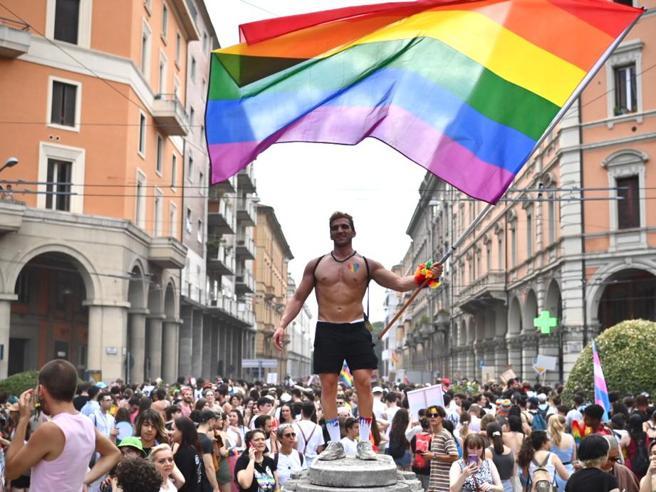 Bologna is the capital and largest city of the Emilia-Romagna region of Northern Italy.  A city with around 400,000 inhabitants and over 150 different nationalities and known as the Fat City for its rich cuisine. Often referred to as the Red City dues to its Spanish-style red tiled rooftops and leftist politics.

Famous for its towers, churches and lengthy porticoes, Bologna has a well-preserved historical centre and in 2021 UNESCO recognized the lengthy porticoes of the city as a World Heritage Site.

Bologna is an important agricultural, industrial, financial and transport hub, where many large mechanical, electronic and food companies have their headquarters. Bologna is also one of the wealthiest cities in Italy and ranked highly as having one of the best qualities of life in the country.

Bologna is an open-minded city and was also the first city in Italy to open a Centre of Protection for homosexuals. In addition, Marcella di Folco, in 1995, was the first trans woman to ever hold a public office in Italy. Bologna is also the hometown of Pier Paolo Pasolini, who is considered one of the symbols of the development of the Italian gay movement.

The 'Marconi Express' monorail train connects the airport to Bologna central train station, Italian hub of the high-speed trains network and direct access to the centre of the city. It is a quick 7-minute rides between airport and city centre operating continuously during peak times every 7 minutes from 5.40 am to midnight 365 days a year.

Bologna is also a quick ride on the high-speed train to many of Italy's most famous tourism destinations, including: Milan (1 hour), Venice (1.25 hours), and Florence (35 minutes).

Much of the historic centre is off-limits to cars, making this a great city for strolling.

Bologna Centrale railway station is one of Italy's most important train hubs thanks to the city's strategic location as a crossroad between north–south and east–west routes of Italy.

The city is also served by a large network of public bus lines, including trolleybus lines.

The best area to stay in Bologna is Centro Storico. This is the historic city centre, where you'll find all the tourist attractions, including the Fountain of Neptune, Basilica of San Petronio and the medieval towers.

Piazza Maggiore and Piazza del Nettuno is the cities main meeting point and two adjoining squares in the heart of the city. The magnificent Neptune Fountain was created by Giambologna in the 16th century and one of the finest fountains of its period. Nearly every major attraction in the city is within a few minutes walk of these two squares.

Santo Stefano (St. Stephen Basilica) is a complex of eight buildings that could be called the cradle of faith in Bologna, built by the Benedictines between the 10th and 13th centuries to house the remains of Bologna's early martyrs, Saints Vitale and Agricola.

Pisa's is famous for the leaning tower, but Bologna has a pair of towers that appear to tilt even more alarmingly because of their narrow shape. They are the best-known of the 20 towers that remain of the more than 100 that formed Bologna's 12th-century skyline.

Bologna famous for food and the narrow streets of the Quadrilatero, an area between Piazza Maggiore, via Rizzoli, via Castiglione, and via Farini, has been a market since Roman times, filled with little shops and outdoor stands selling all kinds of food, cheese, and fish to freshly made pastas and baked goods.

Bologna's Portici visitors to Bologna can't help strolling under. The portici are the arcades that line so many of its streets and provide welcome relief from the summer sun and shelter from any rain, as well as providing extra space for shops to display goods outside.

Bologna is renowned for its culinary tradition as home of the famous Bolognese sauce, a meat-based pasta sauce. In Italy, it is called ragù and is substantially different from the variety found worldwide. In Bologna, the sauce is used only as a dressing for tagliatelle, and serving it with spaghetti is considered odd. Spaghetti Bolognese is typically not on the menu in Bologna!

There are many traditional Bolognese desserts produced for the different holidays during the year.

A number of recommend restaurants are below

Baracca e Burratini (via Irnerio 39a) is a gay-friendly restaurant/bar near the Botanical Garden serving a American-style full breakfast, lunch and dinner menu with some veggie options.

Barattolo (via del Borgo di San Pietro 26/a), "con la nostra anima ribelle;" is a gay, youth and activist-popular cafe/bar with a patio and garden.

Osteria BoccaBuona (via degli Usberti 5/a), is a LGBTQ/mixed restaurant/cafe and bar in the centre with traditional Italian menu and some veggie options.

Bologna is a city full of life due to the famous university.

Barattolo Bar attracts a very fluid customer base, offering music that goes from real alternative Bolognese genres to the mainstream located at Via Borgo S. Pietro 26/A.

Kinki Club is the oldest gay club in Bologna, where international and local DJs usually play. It is located in a fantastic position, very close to the two towers at Via Zamboni, 1.

RED is the biggest gay disco in Bologna, with a very nice atmosphere, organizing big LGBTQ+ parties, especially on the weekends. Located at Via del Tipografo, 2.

There are three saunas in Bologna.

The annual Bologna Pride event and parade is held in June and a queer film and arts festival event called 'Gender Bender' in the autumn.