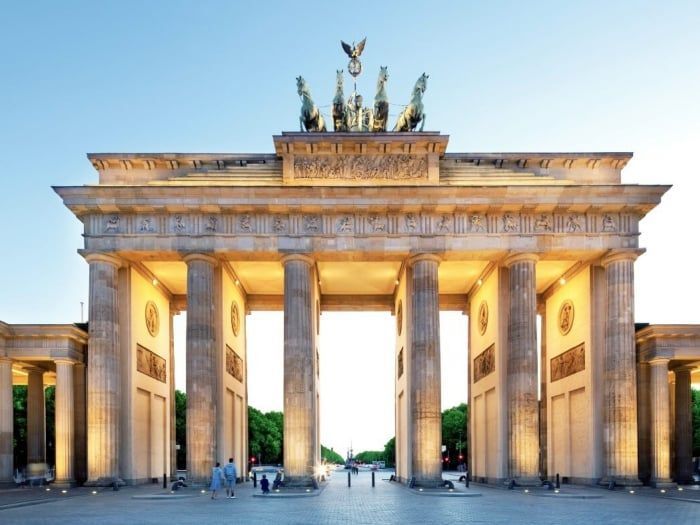 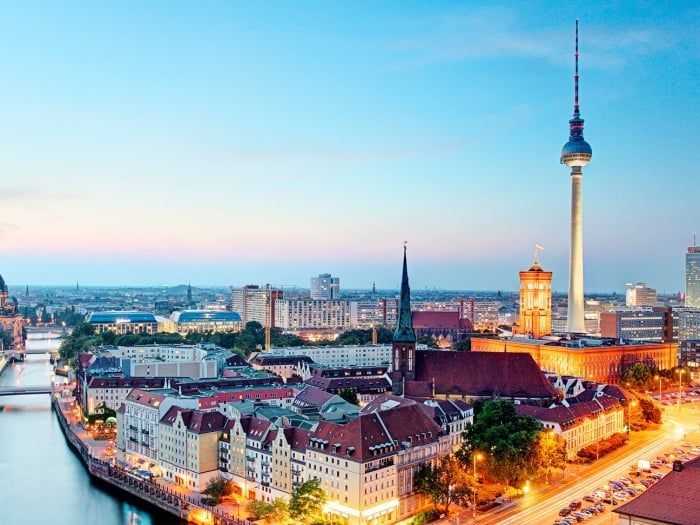 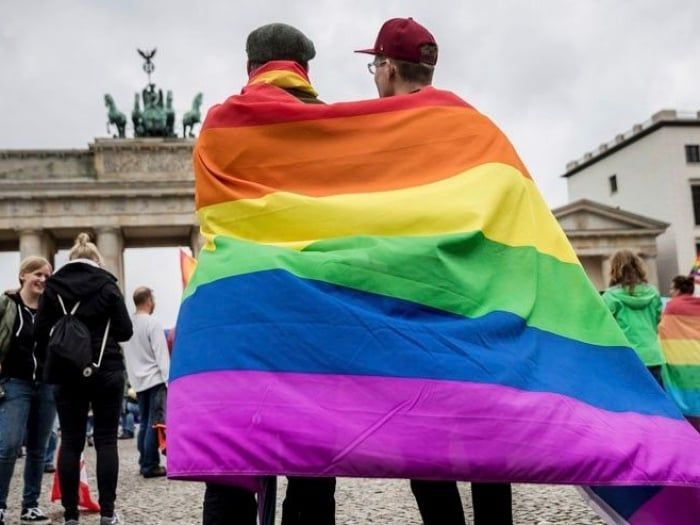 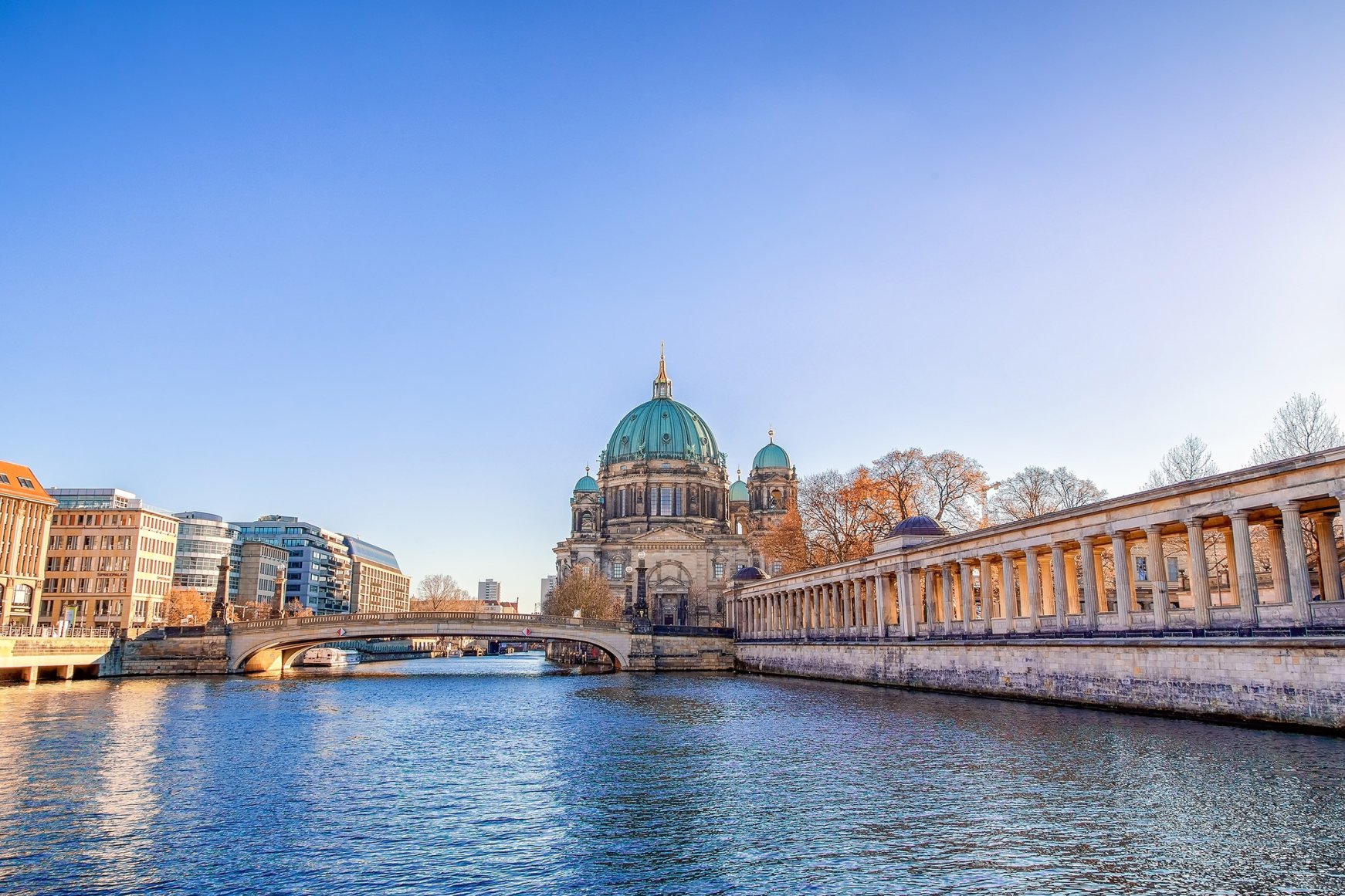 Berlin a city for fetish and fun or both together. Now the German capital since unification of East & West.

Berlin is the capital and the largest city of Germany, as well as one of its 16 constituent states. The population is approximately 3.7 million. The city is located in the North Eastern part Germany on the banks of the rivers Spree and Havel. It is in the centre of the Berlin-Brandenburg Metropolitan Region has a population of approximately 6 million residents

After World War II and its subsequent occupation by the victorious countries the city was then divided. West Berlin became a de facto West German exclave and surrounded by the Berlin Wall from 1961–1989 and East German territory.

East Berlin was declared capital of East Germany, while Bonn became the West German capital. Following the German reunification in 1990 then Berlin was made the capital of all of Germany.

Berlin is a world city of culture, politics, media and science and the headquarters for many large German businesses. The city is well known for its festivals, diverse architecture, diverse nightlife, contemporary arts and a very high quality of living as the cost of living is relatively low compared to other major capital cities.

Berlin is arguably the a very gay friendly hip and trendy neighbourhoods like Kreuzberg or Schoneberg which is the main gay area of the city.

Berlin has a developed public transport network including subway, over ground train, trams and buses. For the first time visitor the transport system can be a little overwhelming with the subway system is called the “U-bahn” and the over ground trains called the “S-bahn”. The fares for travelling on public transport work based on zones with Zone A being in the city centre and the outer parts of the city being in Zones B and C.

The tickets are valid all on all types of buses, trains and trams and need to be validated before travelling to avoid a penalty fine from ticket inspectors. The fares are very cheap.

Berlin Brandenburg is a newly opened airport after several years of delay.

Berlin Schoenfeld is further from the centre in Zone C. You need to buy a zone ABC ticket. You need to take a free bus from the airport to connect to the S-bahn train to reach the city centre.

Berlin has several exclusively gay or hetero friendly hotels and a number of very gay friendly places to stay. It is a city that has many conventions, corporate events and different type of party events so it is always wise to book your accommodation in advance to guarantee availability and choice.

The gay neighbourhood area is in Kreuzberg and Schoneberg and good location to stay to be close to the majority of the gay bars, cafes, restaurants and saunas. The main tourist attractions you can travel on public transport from gay district by public transport.

There is a lot to see in Berlin in different parts of the city as was divided between East and West for almost 30 years.

The Brandenburg Gate is Berlin main monument since the unification and one of the most popular tourist attractions. During world war II it was bombed and damaged but has be restored.

The Berlin Wall Memorial is another iconic part of the history but most was destroyed and piece taken as souvenirs but work a visit to hear the historical significance of the wall and stories of many whom tried to cross between East to West.

The Reichstag Building is north of the Brandenburg Gate and the German Parliament building.

The Holocaust Memorial or often referred to the Jewish museum. It is a little sombre to visit and hear the stories of the horror from this era of German from history but very interesting and well worth visiting if you are Jewish or not to understand this part of world history.

Schwules Museum chronicles the history of gay culture internationally and in Germany specifically.

The Berlin gay nightlife has two sides to the gay scene. There is the fetish scene and the mainstream gay nightlife which is non fetish. Many of the bars and clubs are places for sexual experiences! There are too many bars and clubs to mention them all so below is a selection of the most iconic.

Tom’s Bar is one of Berlin’s most famous cruising-oriented gay bar/club. The atmosphere gets markedly hotter the further you go to the back. Behind the table soccer games and the large screen is an entrance to the infamous, cellar-located ‘dark room’. No admission charged and the address is Motzstraße 19.

Prinzknecht is a leather-friendly non-leather bar. A large bar with brick-walled space and a darkened basement. Seating outside for smokers. The address is Fuggerstraße 33

Mutschmann's is a rubber, leather and fetish haunt with a slightly-old-fashioned European-leather-bar feel. The bar offers a relaxed atmosphere including a sleazy basement den. The address is Martin-Luther-Straße 19.

The Bull is a 24-hour cruise bar which as open round the clock has an end of night last resort image. It is considered as a grubby bar with sleazy and very dark darkrooms. The address is Kleiststraße 35.

CDL bar lounge club is a darkish and sleazy two-bar lounge committed to sexual opportunity specialising in naked and underwear parties but has fetish themed evenings on a Thursday night. The address is Hohenstaufenstraße 58.

KitKat Club is a near-legendary straight club with gay nights. It is a mainly straight club that goes seriously gay on a regular basis. Check their website for party details. The address is Köpenicker Straße 76.

Berlin has many cafes and restaurants in the city with many different types of cuisine. Café Berio is popular with the gay community particularly in the summer as has a busy street terrace. The address is Maaßenstraße 7.

Der Boiler is one of the most popular saunas in Berlin located in Kreuzberg. You’ll find a combination of traditional spa amenities plus plenty of darkroom adventures. There’s a nice bar on site with drinks and snacks. Very clean facilities, nice looking guys with a wide range of ages. The address is Mehringdamm 34.

Berlin is not a city you go to for shopping. Around the gay neighbourhood there are a number of small boutiques catering for the gay community’s fetish dress codes and trendy designer labels.

Hustlaball – features a VIP room with hard core ‘performances’ on 2 stages by a variety of famous sex stars. Performances cover a number of ‘genres’ including Roman Gladiator, rubber, leather, etc.