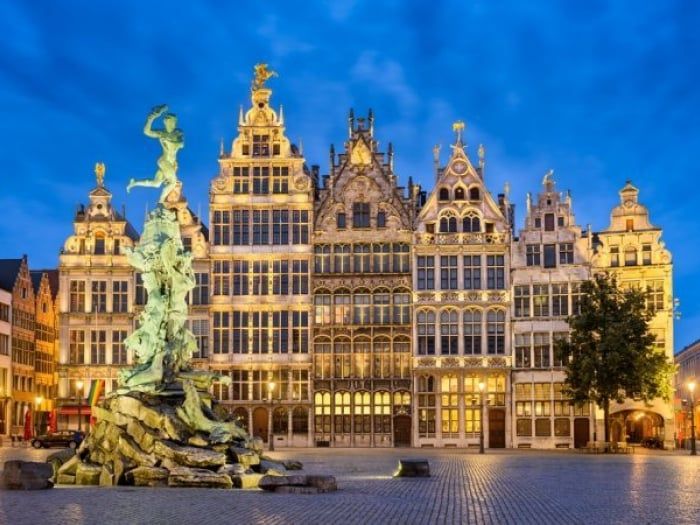 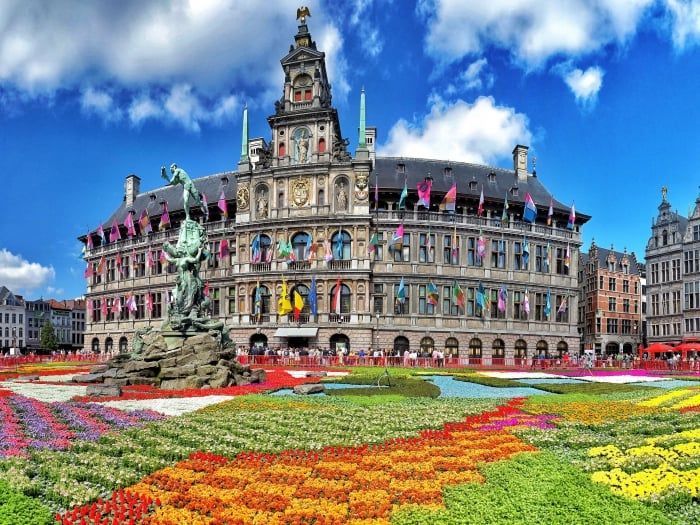 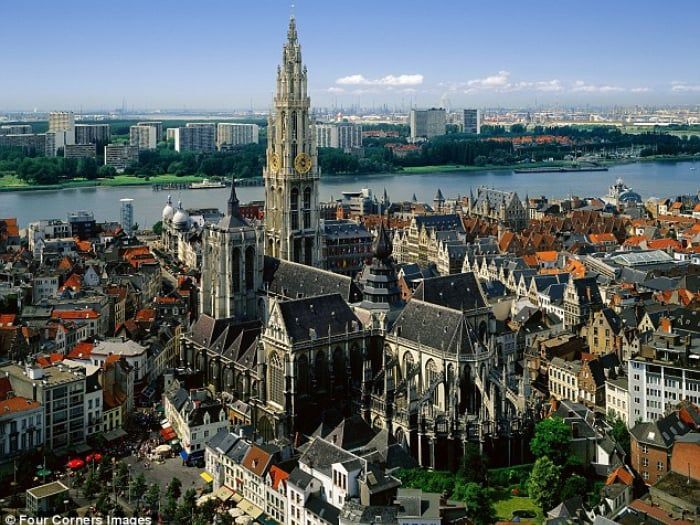 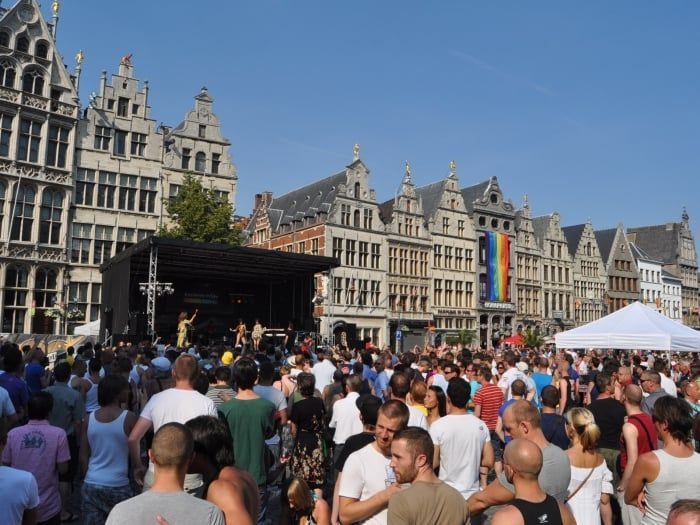 Antwerp is a Flemish (Dutch speaking) city in Belgium. Antwerp is on the River Scheldt and about 40 kilometres (25 miles) north of Brussels. The Port of Antwerp is one of the biggest in the world.

Antwerp has a cosmopolitan and tolerant feel to the city with more than over 175 nationalities. The largest proportion of the population are Belgian/Flemish (Vlaams), Dutch, Moroccan, Turkish and Polish.

The city has a web of tram and bus lines providing access to the city centre, suburbs and the Left Bank. The tram network has 12 lines, of which the underground section is called the "premetro" and includes a tunnel under the river.

The airport is three miles from the city centre and therefore getting a taxi is not expensive.

Antwerp has a small number of exclusively gay or hetero friendly bed & breakfast or boutique guest houses as well as a number of very gay friendly places to stay. It is a city that has many conventions and corporate events so it is always wise to book your accommodation in advance to guarantee availability and choice. All accommodation bookable on our site is exclusively gay or very gay friendly so you will always be welcome.

The city centre is relatively small and therefore majority of places are within a short walk so it is generally advisable to stay close to central station or at one of the exclusively gay places to stay.

The city is rich in art nouveau architecture. Take a tram ride to Cogels-Osylei in the eclectically belle époque area Zurenborg and explore this area and site streets to see some the best examples of this architecture. There is the gothic cathedrals and historic town centre as well worth exploring.

Den Botaniek or Antwerp's Botanical Garden open in created in 1825 in the city centre at Leopoldstraat covers an area of almost 1 hectare.

After the holocaust Antwerp became a major centre for Orthodox Jews. At present there is a large Jewish population made up three different types and hence the city as an extensive network of synagogues, shops, schools and organizations. The city is famous for the diamond industry for purchasing and polishing of rough diamond which is typically run by this Jewish population.

Antwerp has no shortage of gay and lesbian bars and cafés but the former ghetto area around Van Schoonhovenstraat close to central station is no longer the main gay area.

The most famous bar in the city is a six-floor leather/fetish bar the Boots that opened in 1983. There are 2 bars and the place offers a basement and extensive play areas on two other levels. Traditionally a leather bar there are now other fetish themed parties for sportswear, underwear, sneakers and naked etc. Membership is compulsory and a weekend rate available. Check the website for details. Address Van Aerdtstraat 22

The Kinky's is a two-floor bar close to central station is a bar for drink causal chat, locker rooms and showers on the ground floor and  darkrooms for the undressed (naked, jockstraps, underwear, chaps) dress code upstairs. Address Lange Beeldekensstraat 10

Hessenhuis is a popular hot spot is a former 16th century warehouse over two floors. During the day it operates as a café and in the evening turns into a popular gay bar. Address Falconrui 59

There is lots of choice of cafes and restaurants in Antwerp due to the number of different nationalities living in the city. The Belgium frits (French fries) with different sauces are worth trying as there are fried more than once so very good.

When looking for somewhere to eat search with your eyes to see what the food that the other customers are eating looks like.

Antwerp has a large shopping area in the centre with most major brands available. As the city has the annual leather pride there are two shops dedicated to fetish wear.

Mister B is the Amsterdam based leather/rubber business that has there 4th store in the city. Address Falconplein 14A.

Toys 4 Boys is Antwerp's main sex shop Located ever so centrally on a quiet street at the edge of the historic city centre. Address Nosestraat 6.